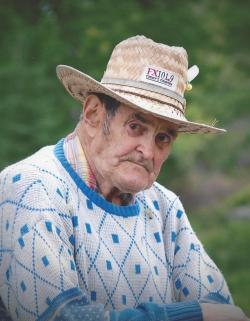 It is with heavy hearts that we announce the passing of Harry Amos Eisenhauer, peacefully at his home in Walden, on Tuesday, May 7th 2019.

Born on December 23, 1932, he was the son of the late Alex and Charlotte (Veinot) Eisenhauer, Walden.

Harry was a life-time member of the Walden Fire Department. He was a hard working, family man. He spent most of his working years as a welder and crane operator, retiring from Scotia Trawlers, Lunenburg. Dad had a wicked sense of humor and we were all a victim at one time or another. He also loved a good game of crib. He was always out working at something, either the woodpile or driving around on his ATV with his little sidekick “Buddy” with him.

He was predeceased by his parents and his daughter, Patsy.

Family flowers only. Memorial donations may be made to the Heart and Stroke Foundation of Nova Scotia or a charity of your choice.

Burial will be in the Lower Walden Cemetery.

A reception will follow in the Walden Fire Hall.