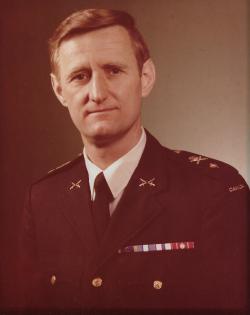 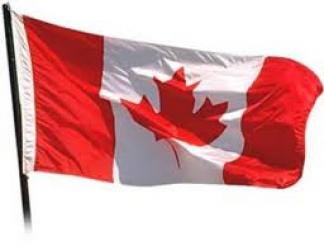 It is with sadness, but gratitude for a life well-lived, that we announce the death of Jim, who died peacefully in hospital on October 7th in Bridgewater. He was 83 years old. He is survived by his beloved wife of 59 years, Carolyn; sons David (Laurie) and Daniel (Megan); grandchildren, Jenna, Heather, Sean, James, Susie and Jonathan; and his brother, Bill (Lil). He was predeceased by his brother, David Jeffrey (Joyce).

Born in Bedford, on December 20, 1935, Jim was the son of the late Arthur Bernard Fox and late Margaret Anna Heatley. Following graduation from Queen Elizabeth High School in Halifax, he attended military college, graduating from the Royal Military College in 1957. He then embarked on a long and distinguished career as an army officer within Canada and internationally. He served in the 8th Canadian Hussars (Princess Louise’s) and was the commanding officer of Lord Strathcona’s Horse (Royal Canadians). After being the first Canadian to attend the US Army War College, Jim commanded the 4th Canadian Mechanized Brigade Group in West Germany. Senior military positions included Commander of Mobile Command (now Commander of the Army) and Assistant Deputy Minister of Personnel.

After retiring from the Canadian Forces in 1991, Jim worked as the Executive Director of the Heart and Stroke Foundation of Canada. His involvement with the military continued, including holding honorary positions as Colonel of the Regiment of the Strathcona’s for almost 10 years and later as Colonel Commandant of the Royal Canadian Armoured Corps. When his military career finally ended in 2005, it had spanned more than 52 years.

To those who knew him, Jim was a gifted, but humble leader who motivated those around him with eternal optimism and humour. He cared deeply for those with whom he worked, encouraging their personal development. There is no doubt his caring approach influenced many people towards success in their careers. It also led to strong friendships with individuals of all types and walks of life. His was a life of service.

Cremation has taken place and there will be no visitation. An informal celebration of life will be held at 2 p.m. on Saturday, October 12th in the large conference room at the Mahone Bay Centre, which Jim assisted to establish as a hub of the community. Flowers by family only. Interment will take place at the National Military Cemetery in Ottawa at a later date. Donations if desired to the Lord Strathcona’s Horse (Royal Canadians) Regimental Society, Heart and Stroke Foundation of Nova Scotia, the Mahone Bay Centre Society or a charity of choice. Arrangements entrusted to the care of Mahone Funeral Home, P.O. Box 200, 32 Parish St., Mahone Bay, NS B0J 2E0 (902-624-8241). Online condolences may be sent to the family by visiting: www.mahonefuneral.ca