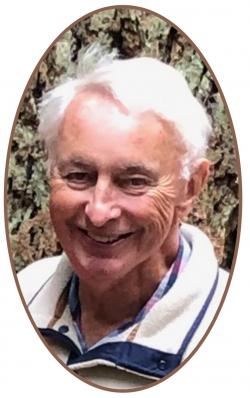 We sadly announce that Ken passed away peacefully on December 14, 2019 in South Shore Regional Hospital, Bridgewater, after a very brief illness.

Ken was born on February 3, 1941 and was the only child of the late George and Ella (Flowers) Gregoire of Halifax and Mahone Bay.

He is survived by his wife, Cathy (Piercey) Gregoire; several cousins, nieces and nephews.

Ken was educated in Halifax and graduated from Dalhousie Dental School in 1967 and opened his sole practice at the Armdale Rotary, Halifax in 1968 and practiced for the next 48 years. He was passionate and devoted to over three generations of patients and considered them a part of his extended family. Ken was one of just two surviving founding members of the Nova Scotia Bird Society and was the Chairman of the Nova Scotia Bird Society Sanctuary Trust Fund for years. His love of flight, the amazement of free flight of birds absolutely captivated him and led to his owning a Cessna 172. When he wasn’t flying he was on his boat exploring the islands of Mahone Bay always looking for migration patterns. A natural athlete, he played tennis, sailed, skied, curled and ice boated in Mahone Bay. Ken was a self educated passionate naturalist. Ken was a mentor and role model for many people who crossed his path. Ken was a voracious reader and continuous student of life. He enjoyed and was happiest in the air and on the water with Cathy and his golden retrievers.

There will be no visitation or funeral service at Ken’s request, however, there will be a Celebration of Life in the spring. Date to be announced later.

The Family wishes to thank the exceptional palliative care team at South Shore Regional Hospital who took wonderful care of Ken in his final days.

Donations can be made to the Canadian Cancer Society or The Nature Conservancy of Canada.