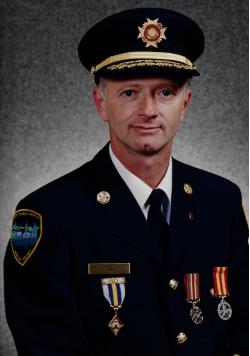 As I sit to write my father’s obituary how is it possible to be at a loss for words for someone you have known all your life?

My Dad was born on Monday, December 20th, 1948 to my Poppy and Nan, Walter “Jackson” and Marion Veinotte in Lunenburg, NS. His big sister, Elmore was excited to finally have a baby brother.

My Dad grew up in Mahone Bay and attended Mahone Bay School until the work world called his name. Through the years he worked numerous jobs, The Lunenburg Foundry, The Lunenburg Fish Plant, and even worked as a baker! Michelin came to Bridgewater and Dad would go there and put in 32 years before retiring at the age of 55.

My Dad met my Mom, Joan as a teenager and was it love at first site? My mom says, “It sure was.” They were married on July 25th, 1970. On February 24th, 1974 they would be blessed with a baby girl, ME! Although not by choice, this would complete their family. Dad and Mom divorced in May 2004 after 33 years of marital bliss and continued to remain friends, spending many summer nights hanging out in Mom’s screen porch, having family suppers together and celebrating birthdays and Christmas’s together.

My Dad was a dedicated member of the Mahone Bay Fire Department for 53 years. 33 years as an active firefighter, 2 of those years serving as Chief from 1997-1999 and 20 years as an honorary firefighter. Rumour has it his dad “snuck” him into the department at the age of 18 rather than making him wait until the age of 19.

My Dad was also a 45 year member of the Royal Canadian Legion Branch No. 49. Many hours were spent at the legion in his younger years helping his mom and dad clean the legion and run the legion bar. In Dad’s retirement, the legion was a place to go to be social, play some cards or pool and “maybe” have a beer or two.

My Dad enjoyed many things in life. As a younger man, he was an active curler and softball player. The firemen’s annual Labour Day Softball Tournament in Lunenburg was always a highlight and I do believe this was where Dad got the name of Fireball Veinotte. In later years, Dad would head to the ball park with his signature Bubba Mug, clicker and broom to umpire some games for the guys.

My Dad is survived by me, Tabatha (Kevin Whitehouse) Veinotte; his ex-wife and friend, Joan Veinotte; sister, Elmore Veinotte; niece Michelle (Trevor) Banfield; nephew Darren Dahl (Pam Langille) and his granddogger, Dallas. He is also survived by several grand nieces and nephews. In addition to his parents, he was predeceased by his nephew, Ivan Dahl Jr (warm up the crib board, Bub!) and several aunts and uncles.

If my Dad could, I know he would thank all who have taken care of him over the past few months. In his absence, I will. To the 4th floor nurses at South Shore Regional Hospital (especially Lianna Eisnor, Dad’s eyes would light up every time he saw you), the 2nd floor nurses and the ALC nurses at Fisherman’s Memorial Hospital and to the staff at Mahone Nursing Home, you are truly gifts of God. How you do what you do is beyond words. To doctors Robertson, Millen and Raymond, my heartfelt thanks in trying to “fix” my Dad and their patience with him.

A service will be held in early spring 2020 to celebrate my Dad.

Memorial donations can be made to Mahone Bay Fire Department.