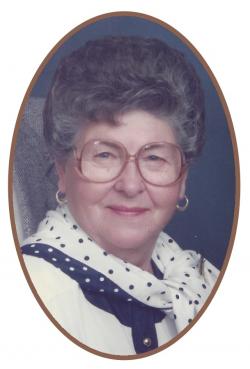 She was born May 27, 1925 in Western Shore and was a daughter of the late George Clarence and Lydia Louise (Sawler) Richardson.

As requested, there will be no visitation.

Memorial donations may be made to Heart and Stroke Foundation of Nova Scotia, Diabetes Canada or a charity of your own choice.