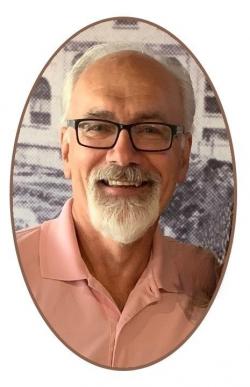 Kevin was an easy going, positive, Christian, family man who required very little to be happy. Family, friends and the body of Christ were the joy of his life. He was equal parts Pastor and Builder, pastoring churches in Hay River, NT and Westlock, AB in his earlier years and overseeing a variety of construction projects in and around NS since his move to the province in the summer of 1990. Although he moved out of his formal role as a Pastor he never stopped pastoring. He spent years teaching an adult Sunday school class to which many can still recall specific lessons, scriptures and words of wisdom. No matter where he gathered, his repertoire of jokes and long winded stories paired with his smile, could light up a room and were enjoyed by many, even up to his final moments. He spent the better part of the last 30 years as a general contractor, his specialty, building bridges in and around the South Shore. He had a knack for building structures and fixing broken things. His favourite thing to build up however, was people and he lived to develop relationships. Kevin had a heart for the lost, a heart for those who had less, he saw purpose where others saw used goods. His love for people had no bounds and stretched around the world. From a five dollar bill given to a homeless man in N.S. that made its way to B.C, to a horse he gifted to his taxi driver in Cuba, his love knew no colour, race, or social status. He spent countless hours in prayer, bringing each need of the ones he loved, even those he had just met before the Lord, always listening to hear what unique things God had to say. He was often given strange requests but his obedience to God’s voice always resulted in a story for which could not be written by human hands. He lived his life to know Jesus and make Jesus known. He burned with the hope of the Gospel and considered it his mission to introduce everybody to Jesus. He built homes, businesses, a family, a community, and for that his legacy will continue for years and years to come.

Kevin is survived by his “bodacious” wife Karen, four children, Tyson, Tennille, Tyrone and Tiffany and grandchildren, Jael, Abigail, Elise, Gabriel, Shelby, Cooper, Lincoln and Harper and many more who love him dearly.

Special thanks goes out to the wonderful staff at the South Shore Regional Hospital especially Dr. Paul Salomon and a team of nurses who provided exceptional care.

In lieu of flowers, please send donations to Souls Harbour Rescue Mission, a charity close to Kevin and Karen’s hearts at www.SHRM.ca or [email protected]

Please be advised that our business office is temporarily operating on limited hours to the general public until further notice. If you require a visit to our office, please call ahead for an appointment by phoning 902-624-8241.