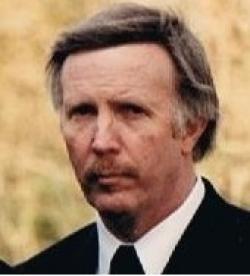 He would have celebrated his 77th birthday on June 16th 2021 and his fifty-third wedding anniversary on July 27th 2021.

Carman was predeceased by his father Donald Eugene Langille and his brother Brian Ernest Langille.

Carman retired from having worked an entire career at the East River Forest Products plant which experienced several name changes over the years including Anil, Masonite, Canexel and Louisiana-Pacific. He was a fiercely loyal and dedicated employee who fulfilled a variety of roles including those within management. He was very fond of regaling friends and family with stories about major mechanical upgrades or expansions to a facility that had provided stable employment for over 50 years. Carman studied to be an instrument technician and if time and opportunity had been different he clearly had the mechanical and technical prowess to have become an engineer, a profession his grandson and oldest granddaughter are both currently pursuing.

Carman could fix just about anything and he prolonged the life of everything he ever owned including vehicles, washing machines, dryers and kitchen ovens. He was a force to be reckoned with when he had a pair of come-alongs, block and tackle pulley and a supply of log rollers. He assisted many people who sought him out to help free their boats from the shore or pull them up for the winter. This included a wayward sail boat, whose captain neglected to detect the shallow waters of Martin's River and ran aground. In short order and before a change in tides Carman and his father managed a rescue. He never turned down a request for his assistance and there are so many who benefited from his kind demeanor and willing spirit. A well known proverb advises that there is nothing more permanent than a temporary solution. While Carman was capable of implementing thorough and complete solutions he will be known, particularly by his sons, for his masterful ability to jerry-rig a temporary solution, some of which have outlasted him. Some of his most infamous temporary fixes have become enduring inside jokes which were always meant to honour his ingenuity and innovative spirit.

Carman Donald Langille was without question a model citizen and quintessential good person. While he did not win glamourous awards or seek recognition of any kind, his lifetime of good deeds and actions in support of others, particularly his family, are testimony to his legacy. He grew up and lived in Martins River, Nova Scotia his entire life where he met and eventually married the love of his life, Charlene “Scotty” Langille. When asked how he carved such beautiful things Michelangelo stated that," I saw the angel in the marble and carved until I set him free". Carman had talent for seeing beauty and value where others did not and he toiled until he created meaningful things. This was true of the family home which he constructed on a piece of land he purchased for a few hundred dollars. Over the course of years he carved away rock and soil to create what is now a beautiful riverside property. His talent for creating beautiful things continued in his love of woodworking and particularly duck carving. He worked tirelessly and enthusiastically in his home workshop crafting fine wood products for friends and family, often as presents for Christmas or special occasions. His majestic decoy duck carvings grace many display cases and represent hours of painstaking effort and precision. His duck carvings are cherished by those who own them. Carman was particularly proud of the fact that one of his carved creations was in the personal collection of a senior Canadian diplomat who displayed it at his postings throughout the world.


Carman was an enthusiastic supporter and organizer of community youth sport. He served in various capacities with the Mahone Bay … Western Shore Boys Hockey Association. The role all fathers cherish most is that of coach and Carman stood behind the bench coaching both his boys throughout their time in minor hockey. Long before girls' hockey became what it is now, Carman encouraged and provided a pathway for female participation on one of his hockey teams. He saw the importance of encouraging and mentoring all genders which put him well ahead of his time. This fact is particularly poignant given the joy he derived from following his own grand-daughter's involvement in what are now ubiquitous girls' hockey programs.

In addition to hockey, Carman served as a Boy Scout leader where he was never particularly beholden to the protocols of uniforms and ceremonial rituals but he provided top notch guidance and mentorship. During the time he served as a Scout leader there was a heavy emphasis on facilitating the requirements for anything to do with a woodworking badge or accolade. He thoughtfully planned and led many projects and outings which developed practical life skills including camping and outdoor survival.

Carman was involved in several community organizations including the Martin's River Volunteer Fire Department and St. Martin's Cemetery which he managed and maintained for many years.

Carman will be fondly remembered, particularly by his grandchildren, for his love of the ocean and the fishing boat he owned and prized for many years. Taking a trip in Grampy's Boat to catch some fish or visit an island beach was the highlight of many summers. One of his favorite activities was to share a particularly bountiful catch of mackerel with friends and family. Carman's four grandchildren adored him and the love they shared was rich and unconditional.

The family would like to thank Dr. Blaine Beaton and his staff for his kind and excellent care for the past 20 years, as well as express our appreciation to Dr. Annette Harris and the staff at South Shore Regional Hospital for their excellent, kind, and compassionate care of Carman in the last days of his life. Kindly make any donations in Carman's name to the Health Services Foundation of the South Shore. Arrangements are being made with the Mahone Funeral Home and a Celebration of Carman's life will take place at a later time.

We won't see Carman (my Dad) spinning around in his Jeep TJ making trips to Tim Hortons with his beloved dog Marlee anymore. He won't be available for boat rides or requests to fix broken gadgets. His fingers will no longer strum the strings of his guitar which he learned to play late in life. I will be rudderless this summer without his guidance and assistance on any of my home improvement projects. He won't be on the other end of the phone when I call to boast about one of my daughter's latest accomplishments. He will be missed but he will always have a strong and deep place in our hearts. Throughout his life he carved away the material to reveal the angel that was a representation of a life well-lived. He will be rewarded wherever he has gone.


Carman’s obituary was composed and submitted by his son, Corey. 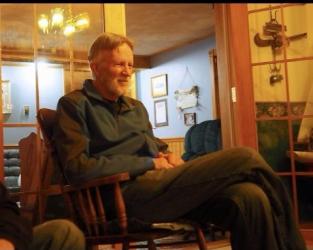