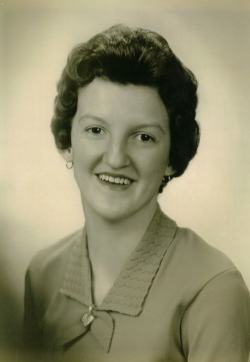 It is with shattered hearts and deep sadness that we announce the passing of our cherished mother and beloved wife Gloria Jean DeMone on January 7, 2022 at the age of 77 in South Shore Regional Hospital, Bridgewater after a lengthy illness.

She was born on December 30, 1944 at Zinck’s Nursing Home in Mahone Bay, Nova Scotia.

Gloria grew up in First South where she attended school. As a young lady, she had several jobs around the community until she married. Then she devoted her time to her husband and her children as well as helping her husband with his construction business. Gloria was an amazing cook and loved baking . Everyone loved her raised doughnuts and cakes and cookies. Every person that Mom met would soon realize that she loved to talk and was always happy. Gloria and Ivan could be seen on many occasions driving in one of their antique car collection in which they went to car shows and events and runs over the years, the last few years sitting in Mahone Bay watching the traffic go by, visiting with friends both new and old and enjoying each other’s company.

They were enjoying their retired life and then illness struck.

Her faith was very strong and that strength comforted and sustained her to carry on through the hard days. She never complained, always putting everyone ahead of herself.

The family was able to keep Gloria home until the very end due to the never-ending care from her husband and family and the caregivers.

Gloria was the love of Ivan’s life and they had a love like no other for over 57 years. Their love and respect for each other was admired by many who knew them as they truly were each other’s world.

They were married on March 14, 1964. They were blessed with two daughters, Patricia Louise and Irene Jean. Gloria was very blessed to have 3 grandsons, Nicholas and Matthew and Nathan who loved her with all their heart.

Gloria will be lovingly remembered and deeply missed by her husband, Ivan and children Patricia (Michael) Falt and Irene (Graham) Crouse. Also, by her three grandsons, Nicholas and Matthew Falt and Nathan Crouse. Also left to mourn is her brother, Derek; her aunts, Charlotte and Sylvia as well as nephews and nieces and cousins.

She was predeceased by her parents, Harris and Marion (Tanner) Wentzell.

Funeral arrangements have been entrusted to Mahone Funeral Home.

A family graveside funeral will be held at the Northwest United Baptist Church cemetery in Fauxburg. Due to Strict Covid 19 protocol there will be no visitation. There will be a celebration of Gloria’s life later when restrictions have ended.

The family extend their deepest thank you for the support and care from the ALS Team at the Nova Scotia Rehab Centre; ,Victorian Order of Nurses; South Shore Palliative Care; ALS Society of New Brunswick and Nova Scotia, Canadian Red Cross.

All the names of the individuals that cared for Gloria is long and cannot be listed here but the family would like you to know that you made it easier. We cannot express our appreciation enough.

Memorial donations can be made in her memory to ALS Society of New Brunswick and Nova Scotia; Victorian Order of Nurses, Lunenburg County Branch; Northwest United Baptist Church or to a charity of your choice.